Wolves will face Manchester City in the 8th week of the Premier League 2022/23 season on Saturday, September 17, 2022. Wolves vs Manchester City livestream, and how to watch it can be seen in this article.

When away to Wolverhampton, Man City will try to get back to winning ways after being stuck at home to Aston Villa earlier this month as well as displacing Arsenal from the top of the standings.

You need to know, before entering the match in week 8, all matches of the 2022/2023 Premier League week 7 must be postponed in honor of the death of Queen Elizabeth II.

Wolves have just signed Diego Costa. The 33-year-old Spanish striker, a former Atletico Madrid and Chelsea player, last played for Atletico Mineiro in Brazil. However, not playing for about nine months, he is unlikely to be played against City later.

Wolves have played six matches in the 2022/2023 Premier League. However, from the six matches that have been lived Wolves have not been able to achieve maximum results.

The club, based in the city of Wolverhampton, United Kingdom, were unbeaten in three league matches until before week 7 was postponed due to the death of Queen Elizabeth II. They drew 1-1 with Newcastle, 0-0 with Bournemouth and won 1-0 at home to Southampton through Daniel Podence’s lone goal.

While on the visitors side, Man City will still rely on Erling Haaland to steal victory at Wolverhampton. The Norwegian bomber is fierce in front of goal having scored 10 goals in just six Premier League appearances.

You can watch the fierce Wolves vs Manchester City duel live streaming. This Premier League match will be broadcast on BT Sport live from Molineux Stadium (Wolverhampton) starting at 12:30 BST.

**) Resepbyta is not responsible for the link and broadcast quality. 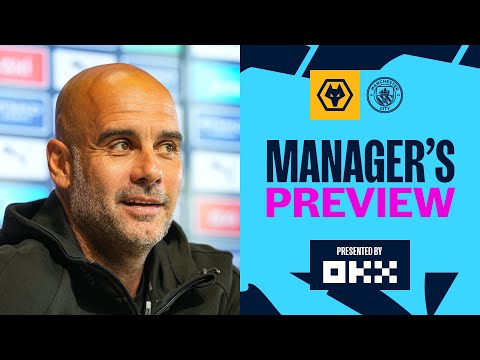