The Rainbow in Our Memory (2022), Chinese Drama Series : How To Watch & Trailers

Lost in the Kunlun Mountains (2022), Chinese Drama Series : How To Watch & Trailers

Drama series First Love Is Mr. Durian is adapted from a comic which tells of a romantic relationship between a ‘durian-style’ young man, who looks cold but has a soft heart, and a girl who has been his girlfriend since college. This drama, directed by Tao Zhi Qiang, pairs Jerry Yu Yi Jie and Wang Xin Ting as the main players.

It is undeniable, the name Jerry Yu Yi Jie is increasingly famous in the realm of Chinese drama series through his role as Wen Gu in ‘Unforgettable Love’, a hit drama that will be broadcast in mid-2021. Meanwhile, Wang Xin Ting has just greeted her fans through the latest wuxia drama film , ‘Peach Blossom Origin’.

Before watching this 24 Series Chinese Drama, first take a look at the following preview of First Love Is Mr. Durian.

Lost in the Kunlun Mountains (2022), Chinese Drama Series : How To Watch & Trailers

A drama series that combines elements of traditional mythology, urban life, sci-fi, and a number of other elements, Lost in the Kunlun Mountains, begins...

Yi Xiang Nuan (Wang Xin Ting) never thought that her decision to return to her hometown would instantly change her life. Shortly after getting off the plane, Xiang Nuan was immediately forced by Su Chen (Jerry Yu Yi Jie), her college boyfriend, to get married.

Even though an incident forced Su Chen to part with his girlfriend of three years without any news, his love never changed. Not even time could change the love of the ‘durian’ styled youngman who looks tough on the outside but has a soft heart for his lover.

Xiang Nuan believes that Su Chen married her only for revenge after three years ago she just left without saying goodbye. But after spending time together, she discovered that Su Chen had a genuine and deep love for her that he had burried for years.

Su Chen even accompanied Yi Xiang Nuan to investigate the case of her father’s death which was slowly being uncovered. Can this couple overcome the misunderstandings and build a new family full of love?

So, what’s the next storyline? Just watch! The Chinese Drama First Love Is Mr. Durian which will air on Saturday, Nov 19, 2022.

A collection of short stories which is the debut of the famous Chinese author, Annie Baobei, is ready to be broadcast in the form... 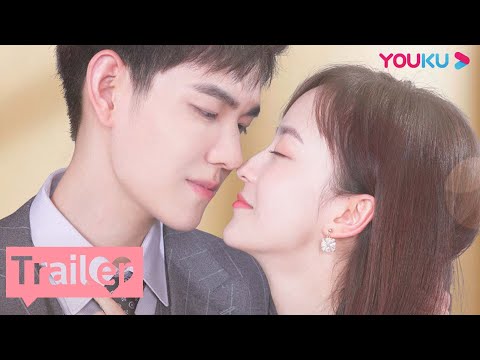 The Heart of Genius (Basic Law of Genius – 2022), Chinese Drama Series : How To Watch & Trailers

Out With a Bang (Aiming for Your Future – 2022), Chinese Drama Series : How To Watch & Trailers

The story of a professional e-sports player is present in the latest Chinese drama series, Out With a Bang, which is scheduled to air...

The story of an extraordinary love journey that pierces space and time is present in the latest Chinese drama series, See You Again. The...

Guo's Summer, a TV drama series that revolves around a crisis faced by middle-aged men, is scheduled to start airing on Monday, July 18,...